In a city gripping the edge of the continent, Slow-Moving Luminaries stages a hypnotic, unsettling encounter between natural and manmade elements, compelling visitors to consider a cultural moment between civilization and chaos. Lars Jan, known for his cross-disciplinary experiments in performance, art, and technology, describes his installation as an experience that “explores psychological states of meditation or reprieve, tethered to a sinking sense of crisis that lies in wait underneath.”

The installation, wrapped in a semi-opaque scrim, is punctured by two large geometric cutouts, a circle on one side and a square directly opposite. The cutouts recall a Zen Buddhist temple in Japan that features a pair of windows—a circular “window of enlightenment” and a square “window of confusion”—whose shapes alter the view onto the same outdoor space, and symbolize the potential for a radical shift in perspective.

The first tier is occupied by a labyrinth permeated with building-like sculptures, lit from within like lanterns, that slowly ascend and descend through skylight apertures in the ceiling. These same buildings are also featured in a series of photographic light boxes and a video that depict them in violent surf at the ocean’s edge.

On the upper tier of the pavilion sits an outdoor viewing deck and a reflecting pool—the model buildings appear to emerge from, and sink into, the pool’s surface. They form a miniature skyline mirroring the backdrop of hotels and condos of Miami Beach and the open ocean to the east. Above the deck fly flags adorned with the international maritime symbol for SOS. These details, among others throughout Slow-Moving Luminaries, seem to suggest that from a particular vantage the choreography of our contemplation completes a portrait of our distress. 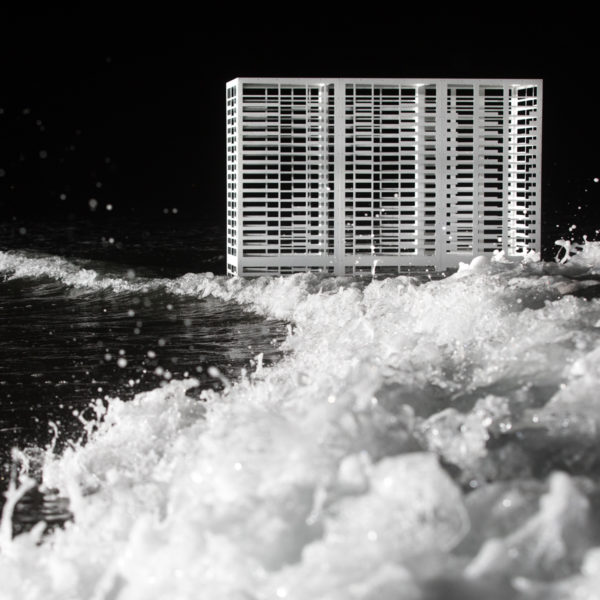 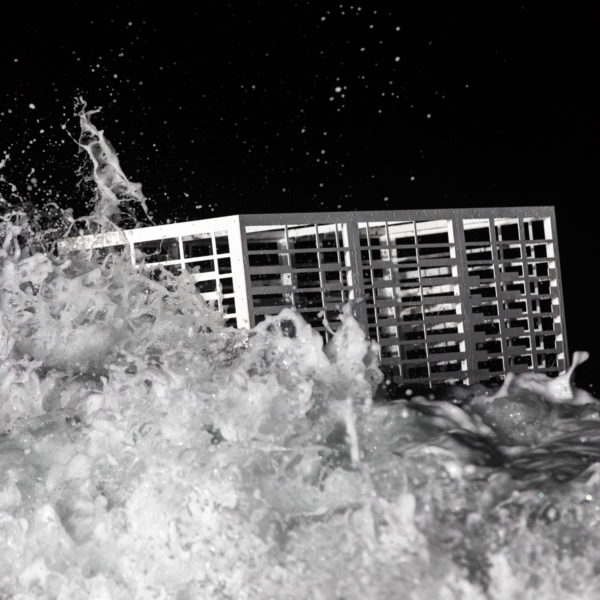 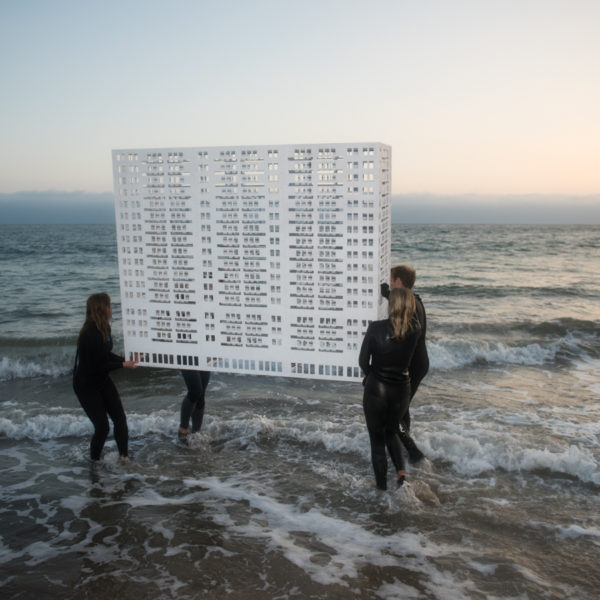 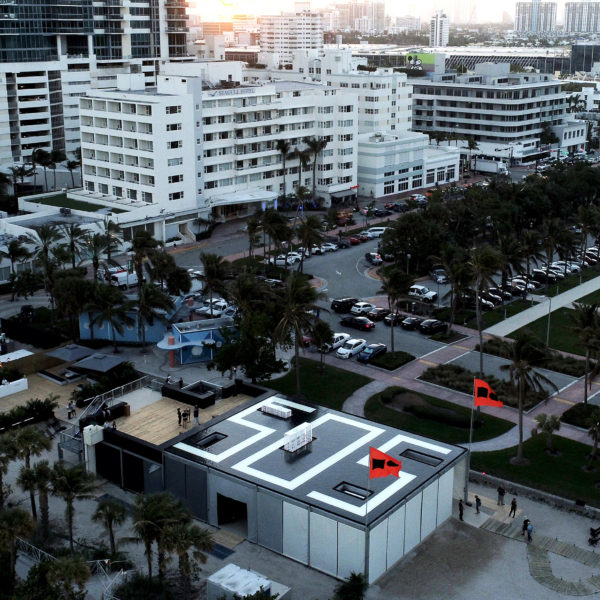 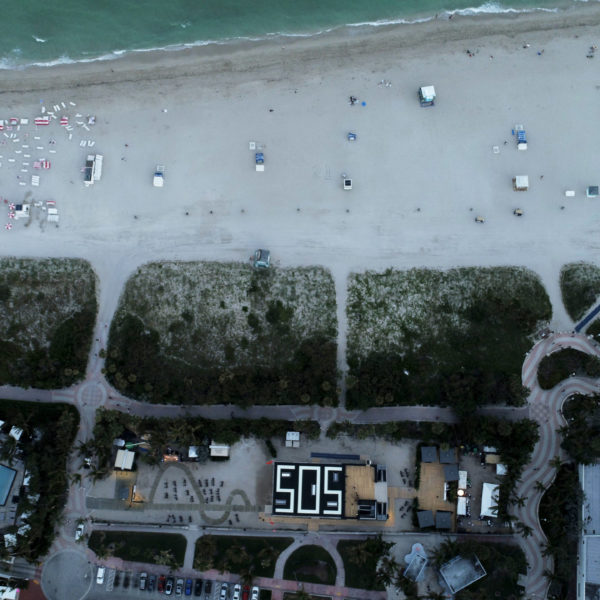 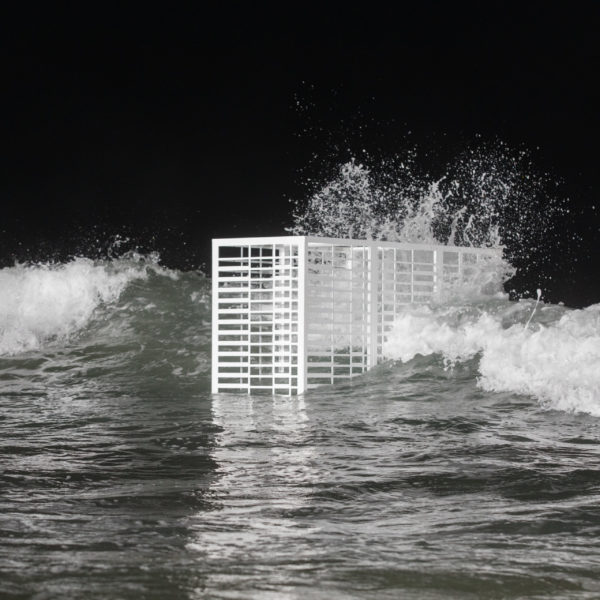 Luminaries is Lars Jan’s first solo show with Charlie James Gallery and includes recent and new work from his two recent epic public projects: the performance installation, Holoscenes (Times Square, 2017), and kinetic pavilion, Slow-Moving Luminaries (Art Basel Miami Beach, 2017). Bound by the artist’s ongoing research into climate change and human adaptation, the projects focus on transformative collisions between water and both the human figure and architectural forms. The objects and media works in the gallery exhibition — featuring ‘light circumferences’ (frameless circular light boxes), light boxes, illuminated sculpture, prints, and video — evoke both the mundanity and allure of catastrophe. Cumulatively, the works conjure the alternately mythical and geologic narratives that our behaviors and buildings will be subsumed by the sea.

The three Luminary light boxes are each six-foot squares, featuring a single building-like sculpture in various stages of immersion at the ocean’s edge. Viewed together, the light boxes also comprise a triptych, joined by embedded geometries and a story-board like progression of past, present, and future.

The single-channel video, Slow-Moving Luminaries, Point Dume (duration 00:03:20), features the same sculpture in a seamless loop of submersion and emergence, rendered in achingly slow-motion amidst sublime tones of oceanic twilight. Distortions subtly shift the integrity of the image throughout, as water pouring over and off the camera acts as a second lens.

A minimalist building-like sculpture of the same scale featured in both the Luminary light boxes and single-channel video occupies the center of the gallery, illuminated by LED neon. Its title, Luminary, 1 refers to the 1 Hotel South Beach, adjacent to the exhibition site of the Slow-Moving Luminaries exhibition, and on which its design is based. In tension with the other works in the gallery, the piece suggests the ephemeral nature of what we build, and stasis itself. 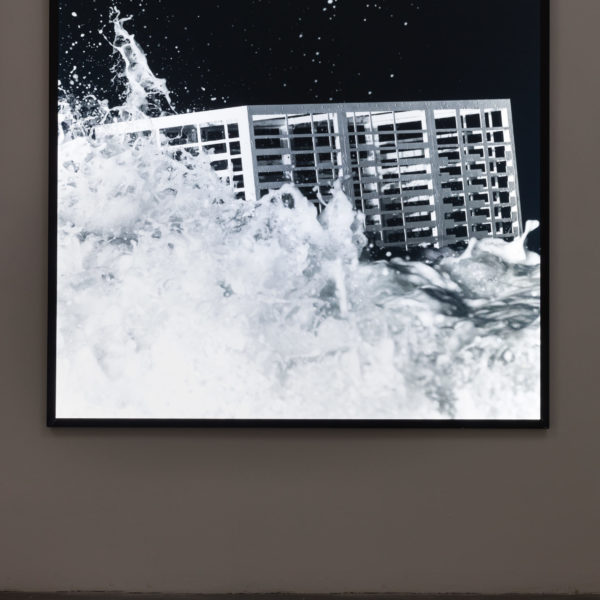 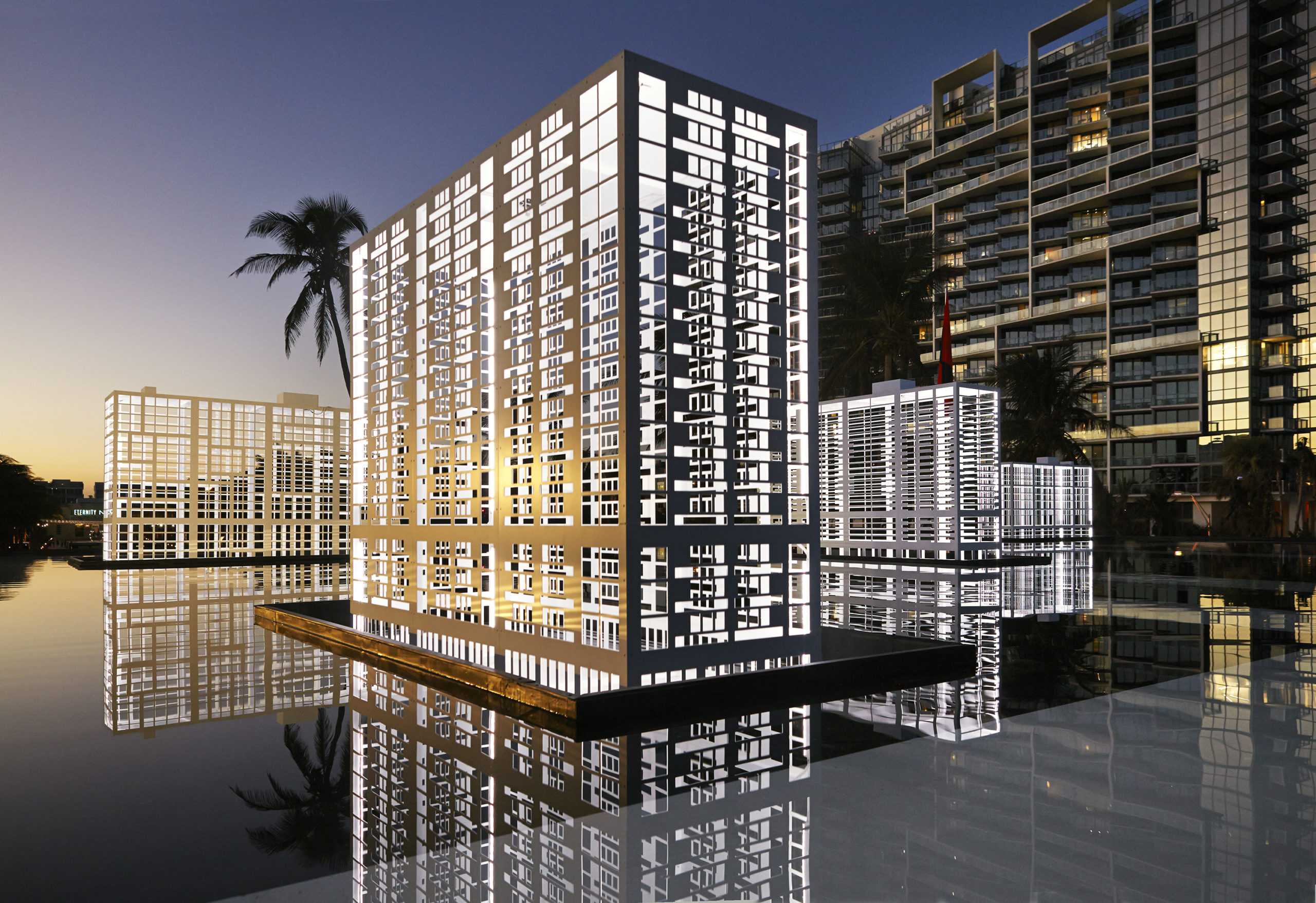 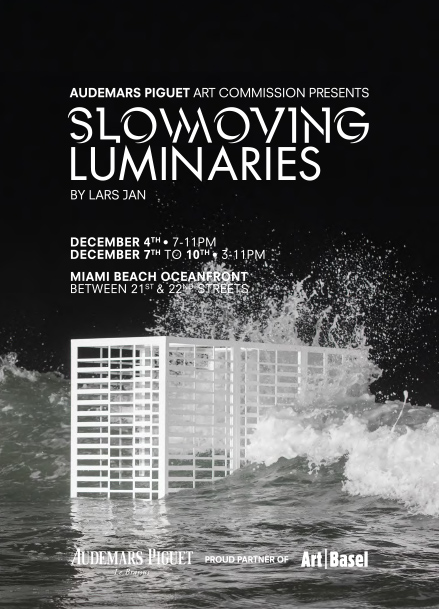